The Museum of Fine Arts in Boston, MA, USA is opening yet another magnificent photography exhibition this week.

“Hiba, Shatila Refugee Camp, Beirut 2010” from “A Girl and Her Room” by Rania Matar

Entitled “She Who Tells a Story” – the literal translation of the word rawia, Arabic for the feminine form of a storyteller – the exhibition consists of works submitted solely by female photographers hailing from the Arab world, Iran and beyond.

Inspired by the curators’ high opinion of the work of female photographers she saw on display in both Europe and the Arab world, the thread joining the pieces together is their presence as simply “powerful photographs” which speak to the “complexities” of identity.

Other sub-themes of the exhibition are, naturally, women’s issues and stereotypes. 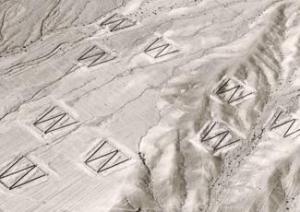 One piece by Iraqi photographer Jananne Al-Ani entitled “Shadow Sites II” depicts a desert landscape, interrupted in its flow by infrastructure. It was previously housed at the Smithsonian’s Arthur M. Sackler Gallery in Washington, DC. Ms. Al-Ani has built a name for herself on her artistic attacks on the traditional notion of Orientalism in the West.

Another set of works presented in the exhibition is the series by Lebanese artist Rania Matar “A Girl and Her Room” – a series which has gained significant international recognition in the past year, consisting of portraiture of young girls and women in the Levant posing in their bedrooms in settings that range from houses to refugee camps.

Egyptian photographer Nermine Hammam submitted photographs documenting the Arab Spring in her home country – pictures of both protesters and the military in action.

What differentiates these from simple war photography and photojournalism is her transfer of the individuals into new settings, most of which consist of idyllic, calm mountain settings from antique Japanese prints.

One thought on “ Iranian and Arab Female Photographers On Display in Upcoming Photography Exhibition at the Museum of Fine Arts in Boston, MA, USA: “She Who Tells a Story” ”